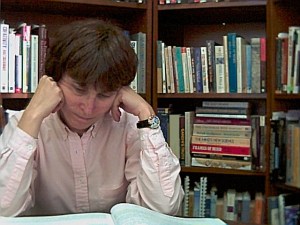 Amy Ione is an artist and educator whose work focuses on creativity and innovation in art and science. Recent projects include serving as the Managing Editor for e-books published by Leonardo Initiatives in conjunction with the Arts, Technology, Experimental Publishing and Curating initiative at ATEC (the University of Texas, Dallas); an invited contribution on neurological illustration for the History of Neurology, Volume 95: Handbook of Clinical Neurology (Elsevier, 2010); serving as a Special Editor for a nine-article compendium published by the Journal of the History of the Neurosciences: Special Issue on Visual Images and Visualization devoted to Visual Images and Visualization in neuroscience (Taylor & Francis, 2008); and an article on Multiple Discovery for Encyclopedia of Creativity, Two-Volume Set, Second Edition , (Academic Press, 2011). She has published several books, most recently Innovation and Visualization: Trajectories, Strategies, and Myths (Consciousness, Literature and the Arts 1) (Rodopi, 2005). Ione has also widely published in the books and journals of several disciplines, including Trends in Cognitive Science, Leonardo,and the Journal of Consciousness Studies. From 2005-2007, she served as a Chair of the Leonardo Education Forum (now LEAF), organized to foster creative engagements among art, science, and technology around the word. Her international lectures on art and science include invitations from The Qatar Foundation, The Middle Europa Foundation and The Medical Society of London. Ione’s artwork has been commissioned by the City of San Francisco, exhibited internationally, and is found in many collections.

Browse by Medium or Year